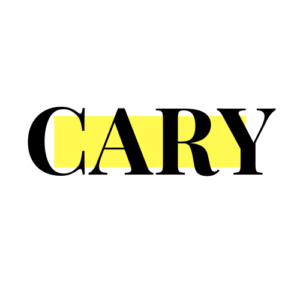 Cary Leibowitz is an SEO consultant that helps get your website in front of the right users at the right time. 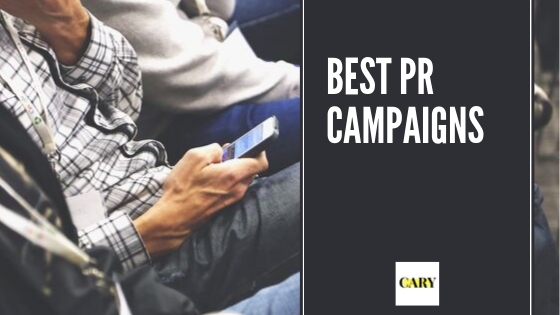 Not all PR campaigns are created equal. The planning stage is just as important as the execution, and these were the most well executed campaigns. This month we’ve compiled the top Public Relations campaigns.

Burger King launched a campaign in Argentina called a “Day Without Whopper,” where it stopped selling its top-selling product, The Whopper, for one day. The stunt was launched in order to re-direct and increase sales to McDonald’s annual fundraising campaign, which donates $2 to Children With Cancer for every Big Mac and signature burger sold.

Getting ketchup out of a classic Heinz glass bottle can be tough. There are age old hacks like hitting the number 57 embossed on the bottle or using a knife to scoop it out. So, to help consumers, Heinz has fixed its packaging and repositioned the label on the bottle to show exactly what angle to hold it for optimal pouring. When the repositioned label looks right side up, you’ve hit the correct 45-degree angle and the ketchup should flow. This packaging is currently being released in a limited test market in Canada.

After his home-made sign on ESPN’s College Game Day asking viewers to send money for beer went viral, college student Carson King accidentally netted more than $1,600. After buying a case of beer, Carson announced the remaining proceeds will be donated to the University of Iowa’s Children’s Hospital. Busch Beer, College Game Day and Venmo agreed to match the donations!

Wondering why consumers all over are shouting, “Alexa, introduce me to Samuel L. Jackson”? Turns out that’s all consumers have to say to have an iconic voice talk to them through their Amazon device. Amazon is launching a Samuel Jackson voice pack later this year for $0.99. Just like Alexa, consumers can ask him to wake them up, tell jokes or even play their favorite song. Alexa will quickly turn into “Samuel L. Jackson” and allow consumers to get responses from a well-known celebrity.

After a 48-year break, Fritos is debuting a new campaign called “Here’s to the Moment.” The brand will partner with Hormel Chili in November to show Fritos as the perfect companion to chili. The campaign will include co-branded recipes and in-store displays. Fritos will be pushing out content across Facebook, YouTube, Instagram and Twitter and will focus on the 2019-2020 football season.

October is approaching and so are all things Halloween. Netflix is kicking off the spooky season with a new category available on the streaming platform called Netflix and Chills. This Halloween-themed section will contain all movies and TV shows that fit in with the season, as well as five new movies that will be released leading into Halloween.

KFC wants to celebrate six lucky couples with a Kentucky Fried Chicken-themed reception with decorations, a photo booth and a LOT of food. The brand will cover all wedding costs and even include KFC themed music – it doesn’t get any better than this! Consumers who are interested in a chicken-themed wedding need to fill out a form letting KFC know why they NEED this wedding.

As the hype around Friends’ 25th Anniversary continues, Ralph Lauren is honoring the iconic 90s fashionista Rachel Green with a new collaboration between Ralph Lauren and Bloomingdale’s. Bloomingdale’s will be bringing the show to life with a recreation of Central Perk and Rachel’s Ralph Lauren office which will travel around Bloomingdale locations. While they are not launching new pieces, the collaboration utilizes already existing pieces to curate outfits Rachel might have worn, allowing consumers to live out their wildest 90s dreams.

Subscription razor company Billie is launching a blue wine to fight the pink tax and raise awareness of gender biased pricing. To sardonically object the pink tax, Billie has made the wine, dubbed Château de Blué, a blue color with notes of oak, blueberries and just a hint of “gender bias.” Billie decided to create the blue-colored wine since women’s razors typically cost 13% more than men’s razors – so they priced the new wine about 13% cheaper than the average cost of rosé. The limited-edition wine is available for $14.98 on the Château de Blué website.

Burger King has decided to remove all plastic toys from its kids’ meals. The initiative, starting in the U.K., is also encouraging people to drop plastic toys from past meals in “plastic toy amnesty bins.” These bins will be available at Burger King locations and will collect toys to be melted down and recycled into useful things such as surface tools and play areas. People who bring toys in to melt down will receive a free King Junior meal when they buy any adult meal. The company aims to completely move away from non-biodegradable plastic toys by 2023.

How Sophia Bush is Fighting Period Poverty in The U.S.

Sandy Hook Promise released a PSA titled, “Back to School Essentials,” where young students breezily show off their new school supplies before the tone veers into something much darker. A boy then marvels over his new sneakers and runs down the hallway and into a gunman. The ad reflects a grim reality for the network of survivors from the more than 228,000 students who have experienced a school shooting since the massacre at Columbine High School in 1999.

Calling all Target lovers! Shopping just got even better – on October 6, Target will launch its loyalty program called Target Circle. Members will receive personalized deals, offers including a birthday present and will earn 1% back on all purchases.

NFL Now Means “Not For Laundry” in New Tide Campaign

Tide partnered with the NFL and NBC to kick off a national debate about the best night to do laundry. From Peyton Manning to Gwen Stefani, a ton of celebrities and football players are involved. Since most people tend to do laundry on Sunday – a day that coincides with live football – the brand is encouraging consumers to join in on the fun via their social platforms by choosing what night of the week they are siding with and using #LaundryNight.

A Delivery Service Gave Away 10,000 Steaks Every Day for Five Days

Outback Steakhouse recently chose DoorDash as its delivery partner and to celebrate the union, its 670 locations served up 10,000 free steaks every day for the first five days of the partnership. Consumers were eligible for a free steak and a free side when they ordered Outback through DoorDash, if they hit the $20 minimum.